West Ham 1 - 1 Middlesbrough (And Other Ramblings)

Hey, English football is the best in the world!*

*Unless you have to play Middlesbrough four times a season. Which is simply cruel and unusual punishment, and probably against the Geneva convention.

How good was this match? Well, if I were to tell you that Stewart Downing was the best player on the pitch by some considerable distance, it should give you some insight as to the technical ability on display. Consider that Downing's skill set extends to having a left foot and being able to breathe without a ventilator, and it becomes easier to visualise just how awful everyone else was on Saturday.

Perhaps at the end of the season we will look back on this game and pinpoint Ilunga's goal as a turning point, but with a tricky replay quickly followed by a prospective quarter final at Everton you would have to say that this was a great opportunity blown.

The longer this game went on, the more it felt like a truly typical West Ham cup game. As in, we were screwing it up royally. It felt like we should be winning and yet everything bar the possession statistics showed this to be a pretty even contest, with both teams having 14 shots, of which 8 were on target.

On another day Afonso Alves might have scored a hat trick, although that other day would have to be one whereby Afonso Alves sold his soul in exchange for some footballing talent. (At this point I would ordinarily comment that paying £12m for a guy who had only previously scored goals in Holland was a monumentally stupid idea, but I slagged off Edwin van der Sar last week and got called a racist so I won't go there for fear of being hauled to Nuremberg). Of Boro's 14 efforts he had precisely half, and none of them were even half precise.

Even more distressing was the fact that per the ESPN Gamecast we had some 60% of the ball, but were distinctly unable to do much with it bar a 5 minute period before half time that culminated with Jack Collison paying homage to Alves and blazing the ball over from all of 3 yards out.

And while we're not on the subject, allowing Stewart Downing to score against them has literally been an impossible task for every other fucking team who have played against Middlesbrough this year.

Regular readers of this column will know that Middlesbrough are regular winners of our annual "Worst Opposition Team" award, and indeed very comfortable winners at that. Now this season may be a bit more difficult to predict as they would pretty much need to set fire to the stadium to wrestle the title away from current hot favourites Stoke City, but I have every faith in their enduring shittiness.

However, in the end they actually played reasonably well in this fixture and on another more Faustian day, Alves may have won the game for them.

Gareth Southgate's tactics were pretty sensible, as he flooded the midfield, played narrowly and dared us to use the forgotten wings of Upton Park. In turn, Downing was drifting around and causing us lots of problems, assisted ably by the lack of impact from our Behramiless midfield.

I'm not going to compare us to Arsenal for a minute, but it's interesting that this is more or less the same tactic that we used to subdue them at The Emirates. Now, clearly we aren't in their league (figuratively) but if we continue our recent renaissance I suppose we might see a few more teams adopt this kind of approach at our place. Alternatively, we could make a vow never to be this execrable again, thereby ensuring that my eyes remain ungouged for the rest of this season.

As nothing even remotely interesting happened in this game I suppose one should expect the referee to be decent. That said, I thought Peter Walton was consistent and allowed the game to flow nicely.

Congratulations Peter and have a lovely week.

6. The Case For The Defence 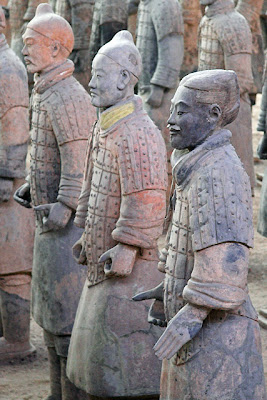 Neill, Collins and Upson spring into action as Stewart Downing stoops to head his goal.

I'm struggling to think of ways that we could have defended their goal any worse. Perhaps Matthew Upson could have contracted yellow fever as the cross came in, possibly Lucas Neill could have dislocated his brain attempting to clear the ball - I dunno, but it was pretty bad.

And so the worst happened. Carlton Cole, our new talisman, got himself injured and left us with the unholy trinity of Di Michele, Tristan and Sears labouring away up front.

An hour of watching these three not running rings around large plasticine statue David Wheater hasn't convinced me that our future is safe in their hands. Sure, the Club might be trumpeting the fact that Dean Ashton's corpse has been exhumed and will be ready for action again next year but this cannot possibly be enough to plug the hole in the long term, and obviously not in the short term.

I'm liking the look of Savio, but he doesn't appear to be any more of a replacement for Cole than I am.

We'll struggle through, no doubt, but I could do without Di Michele channelling Mike Newell again any time soon.

Is it just me or is allowing Stewart Downing to score a goal against you a bit like letting your washing machine beat you at chess?

...is cancelled this week because Gianfranco Zola made me feel bad. For the first time, our little bundle of goodness expressed dissatisfaction about something. This time it was the ground wide booing of Boa Morte as he left the field with an injury.

Now don't splutter your coffee everywhere, but he does have a point. I've said a few times that the notion of physically yelling out the word "Boo" at another man doesn't really seem like a sensible way to articulate anything but I suppose we have to accept that a paying customer has the right to do it. But as with the abuse of Christian Dailly a few years ago I just don't understand what it is supposed to achieve.

Sure, Boa Morte was a waste of money, but blame Curbishley for the nonsensical fee. Yes, he often appears to play games whilst wearing skis, but also acknowledge the effort he puts in.

The most common answer as to why people boo seems to be "It makes them play better..". Well, go back over the past two years and watch Boa Morte's performances and then tell me that's still true.

Of course, if you want to boo Michael Dawson, well that would be quite alright...

Posted by HeadHammerShark at Monday, February 16, 2009

Please don't ask me to advertise your betting company or soap or life changing website about quinoa. I don't give a shit.